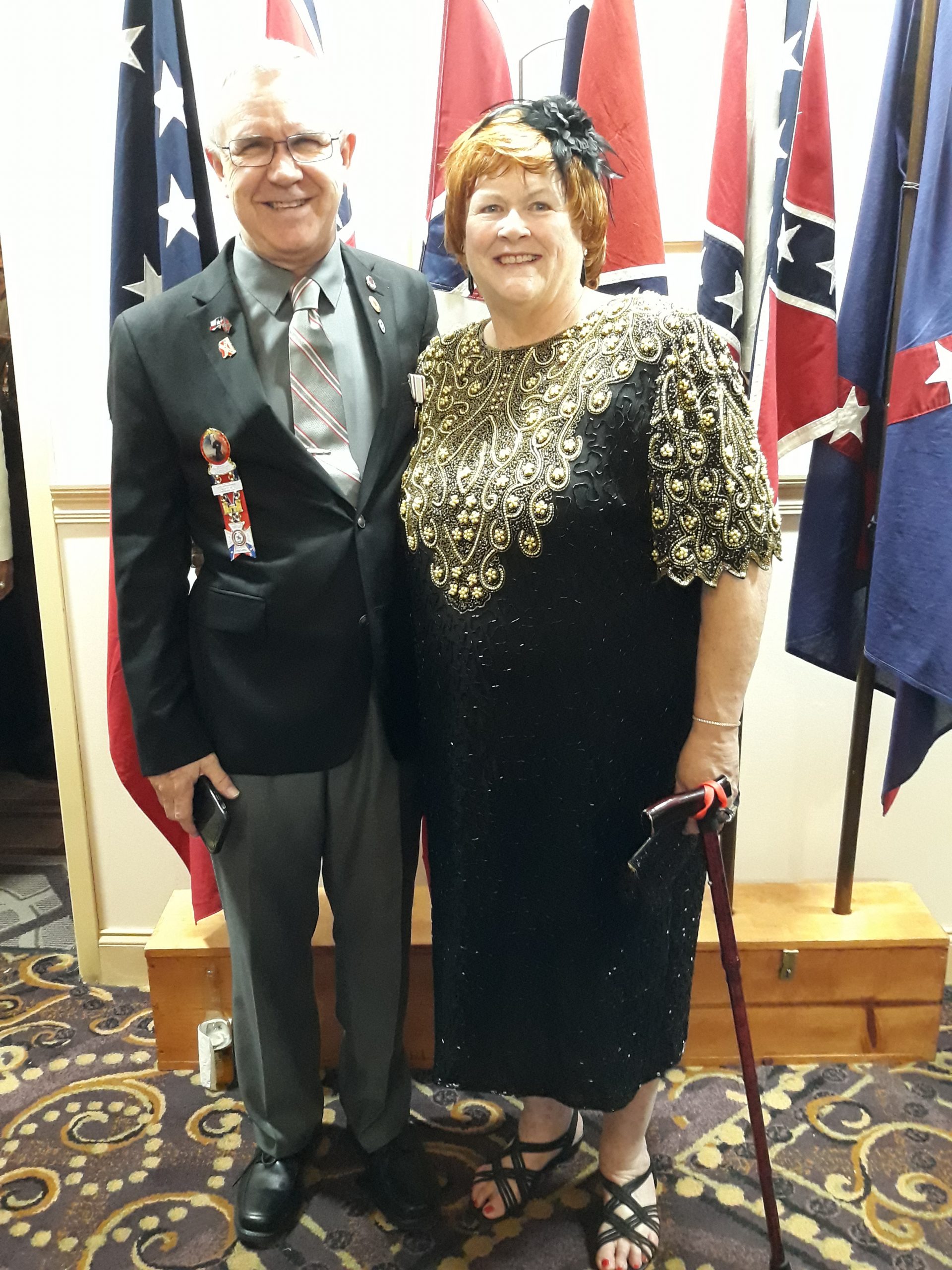 Hey, it’s hot! Of course, it’s August in the Northern Hemisphere, so what can you expect? Always has been hot, always will be hot…

Writing wise, I’ve been busy. Have released two new books under my Janis Susan May name – CASTLE IN THE CLOUDS, a romantic novella about a young woman with an evil great-uncle, a recurring ex-fiancée, a hunky archaeologist who wants to dig on her land and a BIG secret… Short and fun.

The second book is ROMANCE AT SPANISH ROCK, a full-length romance/women’s fiction tale of a jaded LA photographer who inherits a ranch in the Palo Duro Canyon (second in size and grandeur only to the Grand Canyon) of the Texas Panhandle from the biological father she never knew. Of course there is a slimy villain with lots of money who wants her land at any cost, a hunky cowboy (can you tell I like hunky?), an authentic cast of characters (I was born in that area) and the blossoming of a shallow West Coast girl into a true Texas woman. I had great fun writing this one! On the other hand, I’m not too fond of the cover, but that can and will change as soon as I find something I like better. Of course, there are excerpts from both on this website.

Coming out later this fall is INDIAN SUMMER, a romance about a diametrically opposed Western grandmother and Eastern city slicker grandfather who sharply disagree on how their shared grandson should be raised. This too takes place in the West, and features a precocious young boy and a big old private pueblo. Don’t have a cover to show you yet, but will as soon as I can find the right one. Seems like I have returned to my Western roots, even though only one of these books actually takes place in Texas… don’t know if you knew or not, but I am a seventh-generation Texan.

Am also intending to release some older Regency romance novellas which originally appeared (and did quite well) in a couple of Dreamstone anthologies, but with my schedule I don’t know when that will be – hopefully this year, but… Stay tuned for more information.

One of the troubles with being a writer is that there are more ideas lurking out there than we can ever use. If I never had another idea in my life, I would still have enough fodder to do at least 30-40 more books – and I probably won’t live long enough to write them all, let alone any future ideas awaiting to ambush me!

The Husband and I have been traveling – we went to Metairie, LA for his SCV National Conference. As the conference was just for the members, we wives were fêted and kept entertained with tours and luncheons. One of the most fascinating things – to me – was the tour of the Beauregard/Keyes Home, a beautiful and significant building in the French Quarter of New Orleans built in 1826. The great General Pierre Gustave Toutant Beauregard lived there for several years following the Civil War. A famous and best-selling novelist of the mid-20th century and one of my life-long favorites, Frances Parkinson Keyes acquired the then-rundown house in 1944 and over the years restored it to its former glory. Now an Historic Site, it is maintained as it was during her glory days and open for public tours, I think by appointment only.

I even discovered – and am currently reading – a book of hers of which I had never heard – THE COST OF A BEST SELLER. A sort-of memoir, it will resonate with every writer, even though it was published in 1950. I am enjoying it thoroughly.

It was a shock to me to realize that all my life I had been mispronouncing her name, saying Keyes the same as a bunch of the things that undo locks, when it is correctly pronounced ‘Kyze’ – i.e., ‘eyes’ with a K in front. We never stop learning, do we?

Even with my love of Ms. Keyes’ writings, I would have foregone seeing her home simply because it was in New Orleans and, being a person of honesty, morals and principles I had sworn not to compromise and degrade my beliefs by spending one single dime in that benighted city, no matter how much I have loved it in the past. Seeing my dilemma, The Husband solved things by buying the tour for me – it was one of the special wives’ events of the conference – and, after much soul-searching, I went.

What was painful was the house was just around the corner from the famed French market, where the street was wide enough for our bus to let us debark, and I saw so many lovely things I would have, in a decent city, purchased immediately. I kept to the honorable way, however, and thoroughly enjoyed both the tour and the delightful luncheon afterwards in a quaint little café. Sometimes having a flexible conscience is painful, though, and I still have regrets about contributing even so picayune a sum to such a dishonorable city.

Much easier on the conscience was a tour for all conference goers of the Destrehan Plantation. It is a complete plantation, with the great house and samples of the outbuildings (laundry, outdoor kitchen, slave quarters, blacksmith shop and more – everything necessary to run the small city that was an ante-bellum plantation). There was a buffet banquet there in the Mule Barn (yes, the old barn fixed up to a very nice though rustic event location) and no, despite some people’s apprehension the meal was chicken, fish, shrimp, gumbo, red beans and rice plus appropriate side dishes – no Southern-fried mule at all!

The Husband is a photographic nut, constantly taking pictures. Our group fragmented, and he says he ‘lost’ me. Don’t ask me how in the wide open spaces of a plantation homeplace someone can lose someone else who is slightly above average height, unfortunately well above average weight, with flaming Maureen O’Hara red hair  and wearing a shocking pink outfit… but he managed. I, of course, stayed with the majority of the group and so got to see a couple of documents about the early plantation signed by Thomas Jefferson and James Madison!

One of the highlights of the conference was the Grand Ball – here is a picture of The Husband and me – and yes, you can wear a cocktail dress to a Grand Ball. This particular one is solid beads and incredibly heavy, but oh so very spectacular. I do have several long evening gowns, but at the moment they are unflatteringly tight and so were left at home. Some of the women gussied up to the max, though, both in modern gowns and glorious period recreations, complete with hoops. Just the thought of me in hoops is overwhelming, so I doubt I shall ever indulge.

We saw several War museums both in New Orleans and in Vicksburg, where we went after the conference was over. While incredibly informative, they are also incredibly sad, as is the Vicksburg battlefield. A life-long military man, The Husband wanted to photograph the battlefield, and he did with painstaking thoroughness. It was a very hot day, close to 100F and quite humid. My job was to see that he drank sufficient water to stay safely hydrated and make him sit in the air-conditioned car every so often. And to be the ‘chase car’ if you can conceive of chase car going at walking speed.

Even from the cool safety of the car the monuments to both Union and Confederate were spectacular. True works of art, some were little more than plaques while others were mammoth sculptures worth of any world-class museum. This one is my favorite. It commemorates both sides, saying that here brother fought brother. I believe that it was erected as a joint project of the Sons of Confederate Veterans and the Sons of Union Veterans in respect to both their ancestors, though I might be wrong about that. Of course, that was back in the days when different groups respected the right of others to hold opinions different from their own – so different from today!

The photograph does not truly show the scale of this monument – it is indeed monumental as well as beautiful. In those days such beauty was respected, as opposed to the simplistic blah markers we have today. Even the sculptures of the soldiers and generals – bust, bas-relief and full-figure – are realistic works of art and things of beauty.

We spent the better part of two days at the battlefield, though we did get to go to the Civil War museum on Washington street in Vicksburg. Barely open two weeks and the dream of its founder, it is small but everything in it is choice, from weapons to projectiles to personal items of the combatants and people of the day. I thought The Husband would move in. He photographed everything (with the owner’s permission, of course), so much so that the young proprietor asked me sotto voce if my husband always took so many pictures and looked startled when I told him he hadn’t really gotten started yet!

After so much time at the battlefield I put my foot down and demanded that we go visit McRaven, a famous historic house that has sections from the late 1700s, the 1820s and the 1850s. The Husband – perhaps seeing his chase car vanishing – agreed and ended up liking it. McRaven is wonderful and is regarded as one of the three most haunted houses in the country and definitely the most haunted house in Vicksburg, a town that certainly deserves to be heavily haunted because of its tragic history. Some of the members of our tour group found orbs in their photographs.

The Husband had never been to McRaven, nor even heard of it. I had been there before, not-going-to-say-how-many-decades-ago on a trip with my parents when I was much younger. When the guide announced that McRaven offered a night-time ghost hunting event, I was shocked to my toes when The Husband – one of the most down to earth and pragmatic of men – announced that he would love to attend one, and we must do it on our next trip, which will probably be next year. Will wonders never cease?

One of the good things of life is that wonders never do really cease – we just have to be open to recognizing them. Next year the conference is in Atlanta, so we can visit Stone Mountain again and – if we’re lucky – visit both Vicksburg again and spend some time in Natchez. We’re already planning.

On the other hand, however wonderful it is to travel, it is even greater to return home to one’s own bed and be able to spend the dawn hour out in one’s own hot tub – even if it does mean the drudgery of unpacking and doing laundry.

Now I must get back to work! There are books to be written, and they are screaming for attention from the edges of my mind. Hope all is well with all of you.