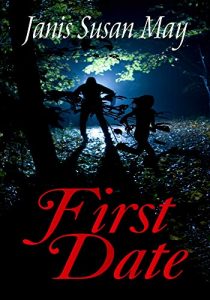 Lost in the hills of Northern Alabama on her way to negotiate a contract, small businesswoman Eleanor Sprague is delighted to see her favorite adventure author Mitch Taylor. Too shy to ask for an autograph, she is astonished when he comes to her rescue after her rental car breaks down.

Pleasure turns to terror, however, as they are run off the road in the deep woods and left for dead, then when it is discovered they are alive, hunted through the night by several suspicious men. As Mitch has the reputation of being a swashbuckling adventurer, Eleanor is sure he is their target, but he is equally as sure he is innocent and she is the one they want. As the chase intensifies, they are drawn together until a blazing climax reveals the truth – and almost costs them their lives.