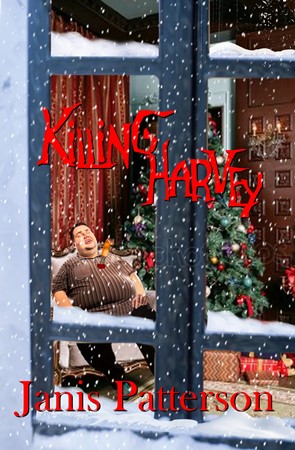 It was a killer Christmas…

By all accounts, it should have been a perfect holiday. A beautiful, elegant house. Rebecca’s future relatives all together, talking happily about her upcoming Christmas afternoon wedding to Peter. A gorgeous tree surrounded by presents. A Christmas-card perfect snowfall.

But the snowfall turned into a freak blizzard, trapping Rebecca and Peter in with his family. Then, once the house was completely isolated and no one could enter or leave, the most obnoxious member of the family is found stabbed. And garroted. And perhaps poisoned. Who really killed Harvey… and how?

Can Rebecca solve this murder? More importantly, does she really want to?

The living room looked just as it had when she left it, except everyone was gone. Rebecca had been poor most of her life, and the thought of the lights burning all night in an empty room was bothersome. She crept in, as if there had been a reason to be quiet, and one by one turned off the table lights–while there were brilliant extravagant chandeliers, now dark, there was nothing so bourgeois as a simple ceiling light in the formal rooms of Harbaugh House.

The fire had not been banked for the evening, but had died to a bed of glowing coals. The screen was firmly in place, so Rebecca–untutored in the ways of fires and fireplaces–decided to leave it alone. It didn’t seem right, though, that whoever went to bed last had just left it to burn itself out in an empty room. Even Rebecca knew that wasn’t safe.

Resolving to mention it to Gwendolyn in the morning, she moved to yet another lamp, this one an original Tiffany, and stopped abruptly.

Rebecca had been wrong.

The room was not empty.

Still seated in the grand wing chair Harvey sat, his head down as if he were contemplating his navel.

“Oh, I’m sorry,” Rebecca said quickly, wanting to get out as quickly as possible before Harvey started another tirade. “I didn’t mean to disturb you. I’ll…”

Harvey didn’t move. He didn’t move at all, not even the rising and falling of his chest to indicate breathing. Then Rebecca saw why.

Protruding out of the middle of his chest, just about where his heart would have been had he possessed one, was the handle of the long and very sharp carving knife he had used on the dinner’s roast.