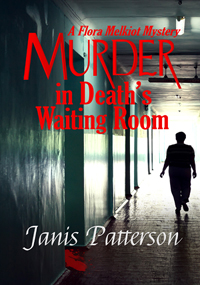 I hope everyone had a lovely Christmas and a wonderful (and safe!) New Year. Our Christmas celebrations were quiet ones, just with family and food and trinkets. We are all so blessed that there is nothing we really need, and usually can’t afford what we would like (though if someone still has the Christmas spirit and feels like sending me a Ferrari, I wouldn’t object…) so the gift-giving was more like gift-wrapped hugs than anything else. The true gifts of Christmas were hours spent with family, and the best one was that The Husband was off work for two full weeks! It was wonderful having him home all the time, but needless to say I didn’t get much writing done! We had a delicious Mexican lunch with my dear cousin Leslie, had a family dinner at my beloved mother-in-law’s on Christmas Eve, then Christmas Day lunch with The Husband’s sister and her family. Usually sometimes during the holidays we usually go to my sister-in-law’s (my late brother’s wife) for a get-together of that side of the family, but there is grave illness in her family so the meeting was skipped. We’ll get together later when we all feel more like celebrating.

While The Husband was off we went and played. Spent a day at the Perot Museum seeing the Giant Gems of the Smithsonian exhibit – which was fabulous! Being a jewelry junkie I could see mountings for so many of those enormous gemstones – yes, I do like large and impressive jewelry! There was one, though – a 22,000+ carat oval faceted topaz the size of a football – that stumped even my imagination. The exhibit would have been perfect had there not been simply hordes of screaming children (mostly under six or so) flowing around us in a tide and moms wielding strollers like battering rams! After that we went to the Birds of Paradise exhibit – there were only a few (and generally well behaved) children in that hall, probably because it was rather pricey. It was fantastic! Did you know there are 39 known Birds of Paradise? Fascinating creatures. They had stuffed ones and pictures and even recordings of their calls, plus all kinds of other things! I’m not a ‘bird person’ but I loved this exhibit. On another day we went to the Sistine Chapel exhibit at Fair Park. I saw the actual Sistine Chapel in Rome many many years ago, but in its own way this was more impressive. The real Chapel is 60 feet high and everything is so far above you couldn’t see much detail; here canvas panels of the paintings were greatly enlarged and were either resting vertically on the floor or hung horizontally maybe five feet above your head. There were only 20-25 panels – far fewer than in the Chapel itself – but the resolution was incredible. And… at the end of the building was the altarpiece, two stories tall and as wide as the building itself. It has over 300 individual figures and is one of the most powerful works of art I’ve ever seen. This is a wonderful exhibition, quite unlike anything else. If it comes to your city, please go.

Now – back to business. MURDER IN DEATH’S WAITING ROOM, the new Flora Melkiot mystery, came out a few days ago in ebook. I almost waited to release it until the paperback was ready, but because of some technical difficulties I don’t know really when that will be, so I simply put it up without any fanfare. It’s gratifying how many sales there have been, even without a proper release.

Currently I’m working to finish up the first book of my new Dr. Rachel Petrie archaeological mystery series, a love story for a box set due to come out in late spring and roughing out a new romance set in the Palo Duro canyon world of Carolyn Brown. (And cleaning out my kitchen cabinets, too. They need it dreadfully.)

In a couple of weeks I’m going to run a special sale on A KILLING AT EL KAB, because at the Boekhalter Kleine Johannes bookstore in Louvain, Belgium in the first week of February they are holding a literary evening where the speaker will be my dear friend Dr. Dirk Huyge, who is the reason behind the book. I even get to attend by way of Skype! Will tell you more in a later letter.

Again, I hope everyone had a splendid holiday season, and that 2017 is your best year yet!