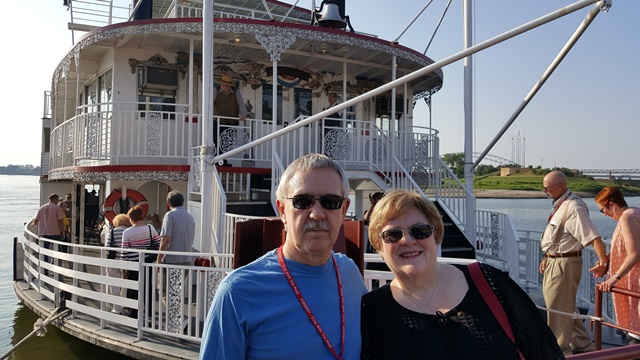 Most importantly, I sent four manuscripts to my editor – OH, DEADLY NIGHT, a novella for a Christmas-themed mystery anthology; WELCOME HOME, a sort of women’s fiction/gothic/thriller; an as-yet unnamed romance set in my beloved Palo Duro canyon; and THE MASTER OF MORECOMBE HALL, a traditional gothic set in contemporary England. Can you tell I much prefer writing to actually getting the books out there? I do promise to be better… Also, the long-delayed MURDER AND MISS WRIGHT should come out (if the gremlins permit) sometime in September.

Now I’m working on a romantic suspense for a box set Nicole Morgan is putting together for release January 30, 2018. The set will be called DESPERATE MEASURES; my book doesn’t have a title yet.

Last weekend I did a book fair at the Audelia Road library; it was great fun, even though sales were not what I wanted – to be honest, they seldom are – but the best part was The Husband acted as my assistant and did a wonderful job! He even seemed to enjoy it. I got to talk to a lot of friends and hopefully made some new ones.

Like I said, it has been a busy summer. The Husband and I went to Memphis Tennessee this month for the annual conference of the Sons of Confederate Veterans. (How odd to think that my Yankee-born husband should have such deep Southern roots!) I’m qualified several times over to join the Daughters, but quite honestly, the Sons are so much more fun! It was a great conference – dinner on a sternwheeler, lots of tours of historic points, a lovely memorial service for members who passed away this year and a memorable ball. Yes, a real ball, with debutantes and dancing the Virginia Reel and all kinds of things. So many of the members came in costume – official uniforms for the men, complete with swords, and hoops and crinolines for the ladies. No, I didn’t wear hoops – just nice cocktail attire; the sight of me in hoops would probably give everyone the vapors – or hysterics! For me, though, the best times of the trip were when there were no official functions so The Husband and I would catch the trolley and head down to Beale Street for barbecue, catfish, great music and incredibly talented street performers. If had just hadn’t been so dad-blasted hot!

A couple of weeks before that we went to Atlanta for the NRA convention. Wow! Talk about mind-blowing! Nineteen acres of exhibits spread over five floors of the convention center and an estimated 80,000 attendees! Just people-watching was a treat – there were people there (of both sexes) wearing everything from elegant suits to well-used camo outfits. The thing that struck me the most, though, was how polite every single person was. I’ve seldom seen such incredible good manners from such a crowd. No shouting, no fighting, no pushing… oh, if the whole world could be like that! I’ll admit the noise level was high, but when you get 80,000+ (my personal estimate is that it was closer to 90K) people in a single building talking even in the softest of tones there’s a fair amount of noise. The only truly raised voice I heard was that of a mother shouting for a wandering child; the poor kid didn’t have a chance – everyone on that floor was looking for him! (And he was found safe and sound and promptly returned to his mother!)

Two things stand out to me from the NRA convention – I got to meet and talk to the late, great sniper Chris Kyle’s team. They had a booth there, and while I was waiting for The Husband to catch up to me we struck up a conversation. (Yes, The Husband is right – I talk to everyone!) They are lovely gentlemen and it was a joy to chat with them. The other great moment was when we found the booth of Norris Jernigan, one of the last members of the Enola Gay team that sealed Japan’s defeat. The Husband, who is a retired military man and an enthusiastic amateur WWII historian, had a lovely chat with Mr. Jernigan. For me it was enough just to be in the company of a certified hero. There were a lot of heroes at the NRA – some in uniform, some not, some with hats and or badges showing their service, some not, some on canes and walkers, some even in wheelchairs while others walked unaided, but even among them Mr. Jernigan was special. And he’s still a most courageous man – when it came time to leave, he walked over and gave me a very memorable kiss right in front of The Husband. I am both flattered and proud.

Later this summer we’re headed up to Missouri to see the total eclipse of the sun. I’ve never seen a total eclipse, and The Husband wants to very badly, so off we go – this will be a once-in-a-lifetime experience, in our lives certainly.

I’m very proud that even with all our travels I made my writing word count almost every single day. The Mac Book Pro with which The Husband surprised me last winter is so light and lovely and very portable (with an incredibly long battery life) that there is no excuse for me not to take it along. My old PC – which I hauled all over Egypt and everywhere else – was as heavy as an anchor with a battery life of about 30 minutes.

Now I really must get back to work – my characters are not only calling, they’re shouting and I must obey. I hope you all have a splendid time the rest of the summer – have fun and stay cool.