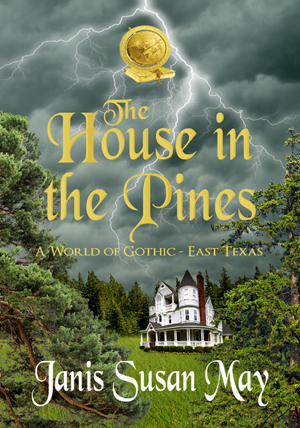 It’s hot here – blisteringly, uncomfortably hot. Of course, it usually is this time every year (it is summer, after all!) but as we had a lovely cool spring it just seems hotter. I vote that Willis Carrier, the man who invented air conditioning, be immediately voted a saint! Needless to say, I’m not going to stick my nose out unless absolutely necessary for the next few months.

At least, not unless there is something neat going on.

Like last Saturday. I got dragooned into presenting the program for our local chapter of MWA. I spoke on Self-Publishing – The Good, The Bad and The Ugly. It’s a subject I know fairly well, as I’ve been self-pubbing since 2013, and have the scars to show it. I hoped that enough people would show up so that it wouldn’t be positively embarrassing, and was totally astonished at the number of people who came! I think it was the second-biggest crowd we’ve ever had – the first being a well-known agent. It’s humbling. I just hope they got a worthwhile takeaway. I talked for almost an hour and a half! Another neat thing is The Husband is a member of the Sons of Confederate Veterans and they had their 121st Reunion about two weeks ago. We went, of course, and heard some lovely lectures, and I did a lot of shopping in the vendors’ room. Some books, of course, and a t-shirt or two, and a couple of flags… I tried on several lovely bonnets, but they were too high for my pocketbook.

That, however, is not the most exciting part. I went to a ball, a real ball, for the first time in my life! There were uniforms and hoopskirts and flags and debutantes and sword arches and a grand march and all kinds of neat things. Neither The Husband nor I were in costume, though – he wore a suit and tie and I everyday cocktail attire, but we still looked like the poor relations. Just wait until next year. Yes, we’ve already registered for the Reunion and made our hotel reservations, but what amuses me is that The Husband – whom I have NEVER been able to get into any kind of costume no matter for what – is talking about getting a Confederate Navy Officer’s uniform, and you can bet if he gets one, I’m going all out for hoopskirts!

Sadly, I have no pictures of this gala affair – my favorite evening bag is too small to hold my phone. I knew The Husband had his – suit pockets are so handy – so I thought I would get pictures from him… except all he shot were uniforms and their devices and such. Not one good picture of a lady in hoops! Doggone…

I have more good news! I finally got my car back. Finally! In March there was a nutcase driver who didn’t believe that the person coming off the freeway has the right-of-way, and because of that I had no choice but to drive over a high curb, blowing out two tires and doing damage to two wheels and the undercarriage. Fast forward to the auto dealership. Now this car (named Princess) is less than three years old and kept in optimum shape. The mechanics didn’t think there would be any trouble – but of course there was. Princess was built in South Carolina, but as that facility didn’t have one specific part, they had to send for Germany for it. And we waited and waited and waited… After two weeks and one temper tantrum the dealership gave me a 2016 top of the line loaner, which was okay, but I wanted Princess back. I started telling people that the part had been shipped in a rowboat routed around the Horn. Got Princess back some thirteen weeks later, and was I glad.

Anyway, enough of triumphs and tribulations… On to the good writing news! On 30 July the first Regency romance I’ve done in years – MISS MORRISON’S SECOND CHANCE – was released by Vinspire Publications. It’s a fun read. And… THE HOUSE IN THE PINES, the gothic novella that is part of the serial novella anthology A World of Gothic, released on 8 August. This is a fun concept, with one gothic novella released every month by a variety of authors, each story located in a different part of the world. THE HOUSE IN THE PINES is set in the woods of East Texas. Believe it or not, I’ve been approached to do another, that one being set in Egypt. I’d love to, but don’t know when, as so much is coming up.