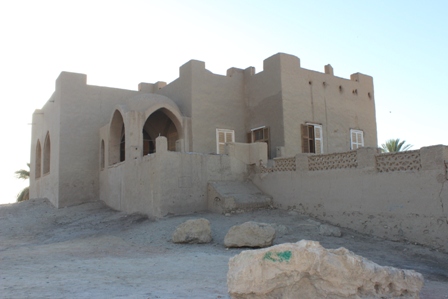 A message from Janis Susan May Patterson.

Welcome to my new website! I am so excited about it.

Didn’t the designer do a fabulous job? And it’s set up where I can maintain it, which means it should be updated much more often!

This has been an exciting year so far. In January The Husband and I took the Florida Romance Writers Cruise Conference. Yes, a conference set on a cruise ship. It was fantastic.

This is the second time we’ve done it, and it was better than the last – both conference and cruise! It went from Fort Lauderdale to Cozumel, Mexico, with two sea days and one shore day. As he does some work as my assistant, The Husband went as a conference participant and I think he enjoyed it. I know I did. The entire cost was justified when he was the only man in a late-night conference on writing erotic romance – he handled the whole thing with good humor and aplomb, including the audience participation questions. I am so proud of him.

Then magic happened. My dear friend Dr. Dirk Huyge – Director of the Belgian Archaeological Mission to El Kab (Egypt) and Curator Prehistoric and Early Dynastic Egypt, Royal Museums of Art and History (Brussels) who was such a wonderful help when I was writing THE EGYPTIAN FILE) and I had been chatting about doing a mystery set in the dig house at El Kab, which is long reputed to be haunted by its builder, the English Egyptologist Somers Clarke. (He is also buried in the courtyard…) .

Well, Dirk asked The Husband and me to come stay for a few days. Trust me, civilians never get invited to stay at dig houses! Of course we accepted! Dirk had to get permissions for us to stay and go on the site from two branches of the Egyptian government – the Ministry of Antiquities in Cairo and the Aswan Governorate, but he did get them and within just a few months of the invitation we were off to Egypt. Which totally wrecked our budget, but it was worth it!

Deciding that it was silly to go halfway around the world for just a few days, The Husband and I decided to make a real holiday of it. I contacted my beloved friend Jane Akshar, who through www.flatsinluxor.co.uk rents wonderful holiday flats on the West Bank, and we had a wonderful two weeks in a luxury flat with a view of the Gurneh Hills (where the Valley of the Kings and Deir el Bahri are) for less per day than we would pay for a standard hotel room on the East Bank.

Anyway, the book I went to research is now titled A KILLING AT EL KAB and is progressing quite well. I hope to have it finished by late summer and on sale in late fall, if I can get my editor, formatter and cover artist scheduled!

After coming home we went to Houston to attend the international conference of the American Research Center in Egypt, with which we have been associated for years, and had a lovely time – four whole days of nothing but talking Egyptology with professional Egyptologists. Heaven!

In June we’re off to Denver and the Historical Novels Association, where I am presenting a paper on (what else?) Egyptology and Elizabeth Peters. As most everyone knows, she was really Dr. Barbara Mertz and also wrote under the name of Barbara Michaels. I have loved her books for decades, and actually meeting her for the first time was one of the stellar moments of my life. When we became friends…heaven. We didn’t see each other that often, for which I am now sad, and we maintained a sporadic correspondence until her death. I miss her terribly.

I do promise (hand on my heart) that I am going to keep this site current, and I do hope you will drop by regularly. Now I have to go write! Oooh, Oooh, and I almost forgot to tell you! Right around the first of June my new gothic mystery comes out. It’s called CURSE OF THE EXILE and is written by my Janis Susan May persona. It’s set mainly in Scotland during the early 1860s and is about a female librarian and the tribulations of her life when she falls in love with a Scottish laird, gets mixed up with a family ghost and an-all-too-real murderer. Reviewers have compared it to Victoria Holt and Phyllis A. Whitney! In late June (perhaps early July) I’m releasing a cozy murder mystery by my Janis Patterson persona entitled MURDER AND MISS WRIGHT.

Which means I really have to get busy…